Built by the Mughal Emperor Shah Jahan (AD 1628 - 58) as royal residence within his new capital of Shahjahanabad, the Lal-Qila or Red Fort has a perimeter of 2.41 km. An oblong octagon on plan, the fort has two principal gates - the Lahori Darwaza and Dehli Darwaza along its Western and Southern sides respectively.Outside the Ramparts runs a moat originally connected to the Yamuna. The palaces are located along the eastern (river-side) of the fort The important buildings inside the fort are Naubat Khana, Diwan-i-Am, Mumtaz Mahal, Rang Mahal, Khas Mahal, Diwan-i-Am, Moti Masjid and the Hammams. The two famous archtects Ustad Hamid and Ustad Ahmad were associated with its construction which took nine years (A.D. 1639 to 1648) for completion. 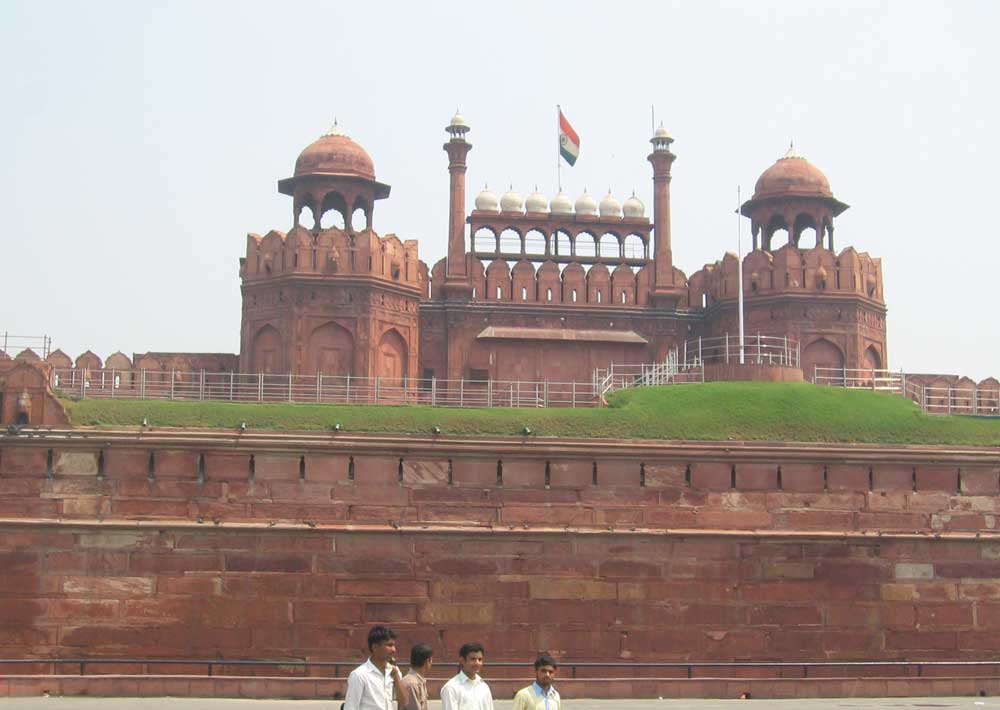